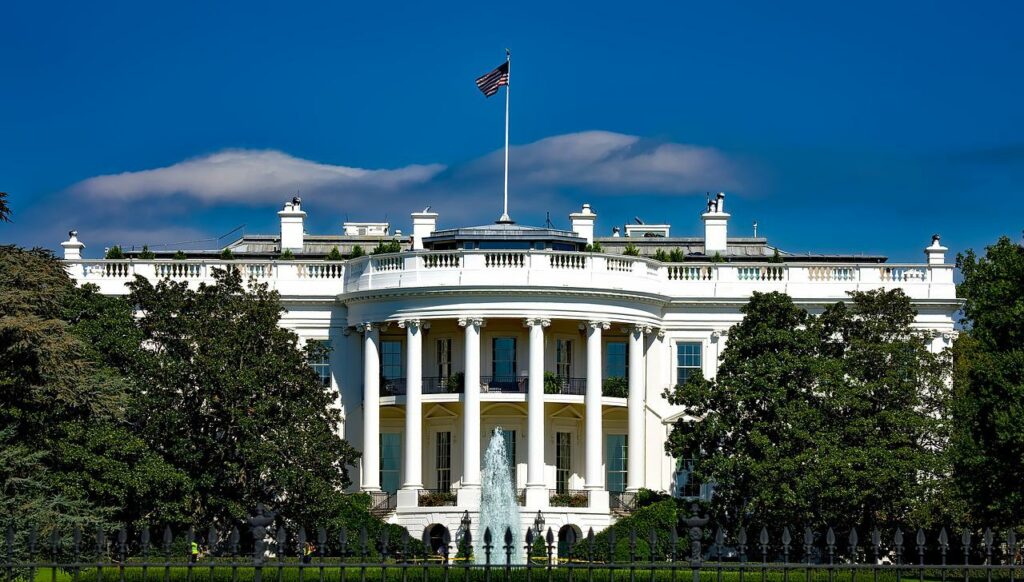 Washington, D.C.—Today, America First Legal Foundation (AFL) sent an official and powerful legal warning to the Biden Administration regarding its plans to potentially relinquish our sovereignty to the World Health Organization (WHO).

The Biden Administration is in the midst of a campaign to “strengthen” the WHO, potentially at the expense of our national sovereignty and the liberties of all American citizens. Among the actions it has already taken or plans to take are:

2. committing to a full review of the IHR by the WHO’s Working Group on Preparedness & Response, and

3. participating in the Intergovernmental Negotiating Body to draft and negotiate a new WHO convention, agreement, or other international instrument on pandemic prevention, preparedness, and response.

AFL’s message to the Biden Administration: any attempt, whatsoever, to bring any agreement into force in any way that violates the laws or Constitution of the United States or otherwise abridges the sacred liberties of the American people will be met with legal action. This is a clear attempt to violate the Treaty Clause of the Constitution in order to unilaterally surrender American sovereignty, and as such, we will vigorously oppose any illegal attempt to put this agreement into actual binding force and effect in the United States.

Further, as part of its comprehensive strategy, AFL has launched two Freedom of Information Act (FOIA) investigations into who and what is driving the Biden Administration’s obsession with transferring our sovereign healthcare freedoms to an unaccountable foreign body.

It is the obvious ambition of bureaucrats and officials within the Biden Administration to relinquish to the WHO, headed by Director-General of WHO Tedros Adhanom Ghebreyesus, a former member of Ethiopian Tigray People’s Liberation Front–a group with origins rooted in Marxism–the public healthcare decisions of the American People, and to instead empower and use a global pandemic agreement with the corrupt and Chinese-controlled WHO as the basis for imposing future severe restrictions and mandates on the American people.

First, in a letter to President Biden, Secretary of State Blinken, and Secretary of Health and Human Services Becerra, AFL has warned the Biden Administration that if it does not first obtain appropriate congressional approval for any efforts to strengthen the WHO at the expense of domestic law, AFL will take swift legal action to protect the rights and privileges of American citizens and of the several states to stop the erosion of our Nation’s sovereignty and independence from the WHO.

Americans should know that when Congress in 1948 adopted a joint resolution authorizing President Truman to accept membership for the United States in the WHO, it did so “with the understanding that nothing in the Constitution of the [WHO] in any manner commits the United States to enact any specific legislative program regarding any matters referred to in said Constitution.”

Despite these clear congressionally set parameters and the WHO’s documented corruption and failure, the Biden Administration, in one of its first actions after taking office, not only rejoined the WHO, but has since attempted to legitimize and “strengthen” it without needed reforms. AFL is not fooled by this Administration’s words. It is clear that Biden is eager to hand over control of all aspects of the civil liberties of American citizens to the WHO in the event this foreign body–not the United States–determines a pandemic exists. One example illustrates the Biden Administration’s efforts; its proposed amendments to the International Health Regulations, which will be considered at this year’s World Health Assembly, which begins this Sunday, May 22, 2022. These amendments are a significant first step to cede United States sovereignty and the rights and liberties of the American people to a pro-CCP global organization, including the World Health Assembly drafting a more comprehensive and invasive WHO Constitution: something that WHO Director-General Dr. Tedros Adhanom Ghebreyesus has described as a “generational agreement . . . [t]hat will be a gamechanger.”

Recent history reminds us why this cannot happen. It was only two years ago that the world witnessed the WHO’s gross misfeasance and mismanagement of the COVID-19 pandemic, in part because of its close ties to the CCP. With disregard for the safety and lives of countless people in the United States and around the world, the WHO was complicit in “the spread and normalization” of propaganda by the CCP regarding the pandemic. The WHO even pointed to other countries as the “epicenter” of the COVID-19 pandemic, knowing that such accusations were false in order to divert attention away from the People’s Republic of China and hamper science-based action. The result of this mass deception was the loss of millions of human lives and economic devastation worldwide. Malevolent politicians here and abroad exploited those results for political gain.

The American people know well the loss of life, the impact of lockdowns across all ages, tyrannical mask mandates, economic loss, if not devastation, and the countless other societal costs of the WHO’s and its allies’ deliberate deception. More than just the direct harm to Americans’ health, Americans’ liberties were also injured because of the WHO’s conduct. Too many political figures in the United States and elsewhere around the globe manipulated people’s fears of the unknown to expand government power and endanger freedoms. The WHO bears outsized responsibility for this dark and prolonged time in world history.

Today’s letter puts the Biden Administration on notice regarding its legal obligations to the rule of law and the American people.

AFL Announces the Opening of Two Investigations Into the Biden Administration.

In addition to our letter, AFL is announcing the initiation of two FOIA investigations in order to obtain information about who and what are driving the agenda to bolster the WHO within the Department of State and in the Department of Health and Human Services.

AFL will take swift action to stop this Administration’s betrayal of the American people, its breach of its Constitutional duties and its failure to abide by its obligations under federal law. AFL will partner with courageous state attorneys general, members of Congress, other public officials, and the American people to do so.

“America First Legal is putting the Biden Administration on notice that any attempt to partner with the WHO to trample on our freedoms, any attempt to enact treaty obligations without first obtaining Senate treaty approval, any attempt to implement this agreement–bringing it into force domestically and surrendering our healthcare decision-making and national sovereignty to a foreign power–will compel America First Legal to bring all its resources to bear to prevent or disband all such lawless and intolerable conduct, ” Stephen Miller said.

Read the FOIA to the State Department here.

Read the FOIA to HHS here.